Here’s what Pan Macmillan has to say about ‘Just Between Us’, coming out in June, 2013:

Empathetic, supportive and respectful…
Or competitive, manipulative and downright bitchy?
Or somewhere in between?

In Just Between Us Nikki Gemmell looks at the hardwiring that keeps us bonded in tightly knit packs, but makes us feel oh-so-claustrophic in mothers groups and at the school gate. Melina Marchetta reveals the peculiar shame of being overlooked for the high-status netball positions of Centre and Goal Attack. Liz Byrski conducts a forensic examination of her own friendship history, and finds some uncomfortable patterns. And Merridy Eastman pens a letter from Helena to Hermia from A Midsummer Night’s Dream, which shines the light on one of literature’s most famously dysfunctional female friendships.

Maya Linden, Christie Nieman, Maggie Scott, Natalie Kon-Yu and Miriam Sved are Melbourne writers and academics. When they met in a writers group in Melbourne, they discovered they shared a dark secret: all had been dumped by a female friend at some point, and they all still carried the pain. Once they realised there was no book that examined these issues from a contemporary perspective, they decided to make their own.

What I say about it:

When I was about eight years old I got to play one of the fairies (Cobweb or Mustardseed, I can never remember) in a magical production of A Midsummer Night’s Dream. About twenty years later I was cast as Helena in the Shakespeare in the Park productions both in Sydney and Melbourne. Over four summers I became extremely familiar with this play (and with pyrotechnics, enormous spiders and territorial possums) and to this day can recite great chunks of it in my sleep! So when Pan Macmillan asked if I’d like to contribute a story, fiction or non fiction, to their book about fraught female friendships, I immediately wanted to write about young women wrestling with big stuff like loyalty, sexuality, rivalry, morality… And while driving past Kambala they came to me, like two teenage girls sitting up the back of a bus, Helena and Hermia from A Midsummer Night’s Dream, one day holding hands, the next barely speaking to each other after a bizarre night spent with their boyfriends in an Athenian forest.

I can’t wait to get my hands on this book and read all the other stories too, written by some of my favourite writers! 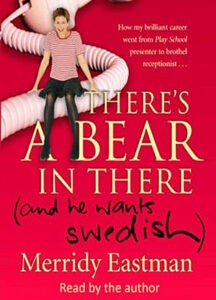