Deprecated: Methods with the same name as their class will not be constructors in a future version of PHP; wpdbBackup has a deprecated constructor in /var/www/vhosts/merridyeastman.com/httpdocs/wp-content/plugins/wp-db-backup/wp-db-backup.php on line 64
} Anthologies, Plays & Musicals | Merridy Eastman 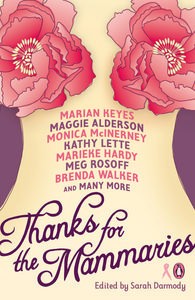 THANKS FOR THE MAMMARIES – Penguin

Breasts unite women in a way few other things can, and these entertaining stories from some of the world’s most popular female authors celebrate bosoms great and small. Explore the dark, sexy underbelly of Paris with Kate Holden, enjoy a fractured fairytale from Meg Rossoff, let Jools Oliver share her warm tales of breastfeeding her babies with a very famous Naked Chef, and laugh at Kathy Lette’s ‘Ode to Barbie’, Maggie Alderson’s imaginings of walking a mile in another woman’s bra cup, and at Merridy Eastman’s hysterically funny department store bra fitter, Irene.

All royalties from sales of this book will go to the National Breast Cancer Foundation (NBCF). The NBCF is the leading community-funded national organisation in Australia raising money for research into the prevention, detection and treatment of breast cancer. 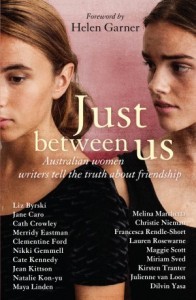 JUST BETWEEN US – Pan Macmillan

In Just Between Us, a host of Australia’s best-loved female writers bare all on this age-old quandary: Are female friendships all-natural and nurturing? Or are some more damaging than delightful? And most of all, what happens when female relationships go off the rails? And who is to blame? While falling in and out of romantic love is a well-documented experience, losing a friend rarely gets discussed. Which doesn’t mean the pain is less – quite the opposite, as we discover in this extraordinary collection of heartfelt fiction and non-fiction works that put female friendship in the spotlight.

Nikki Gemmell looks at the hardwiring that keeps us bonded in tightly knit packs, but makes us feel oh-so-claustrophic in mothers groups and at the school gate. Melina Marchetta reveals the peculiar shame of being overlooked for the high-status netball positions of Centre and Goal Attack. Liz Byrski conducts a forensic examination of her own friendship history, and finds some uncomfortable patterns. And Merridy Eastman pens a letter from Helena to Hermia from A Midsummer Night’s Dream, which shines the light on one of literature’s most famously dysfunctional female friendships. 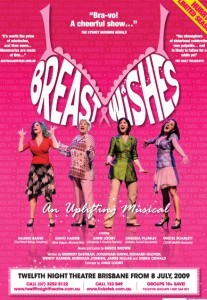 A celebration of breasts and those who support them, Breast Wishes is written by some of Australia’s most respected comedic and dramatic writers including Merridy Eastman, Jonathan Gavin, Richard Glover, Wendy Harmer, Sheridan Jobbins, James Millar and Debra Oswald, with music and lyrics by Bruce Brown. Original concept by Anne Looby.

A sophisticated and hilarious glimpse of cleavage and beyond which promises to make your heart sing.  Proudly supporting the National Breast Cancer Foundation. 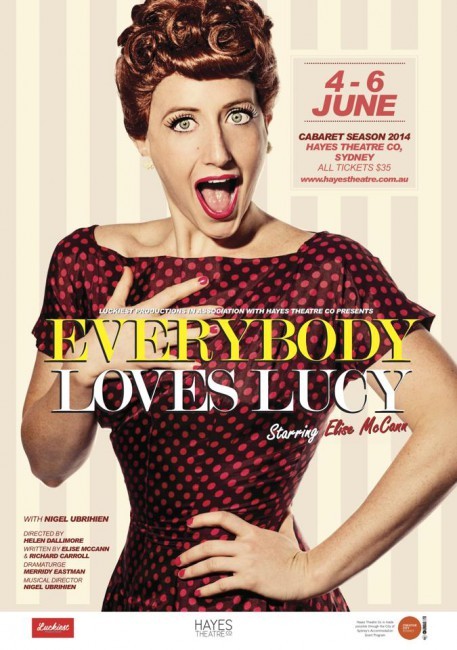