Deprecated: Methods with the same name as their class will not be constructors in a future version of PHP; wpdbBackup has a deprecated constructor in /var/www/vhosts/merridyeastman.com/httpdocs/wp-content/plugins/wp-db-backup/wp-db-backup.php on line 64
} BLOG | Merridy Eastman | Author

So…. THIS is happening!

Very happy to have been invited to take part in this wonderful, nutritious literary event in Melbourne on 26th February, 2.30pm at The Thornbury Theatre. 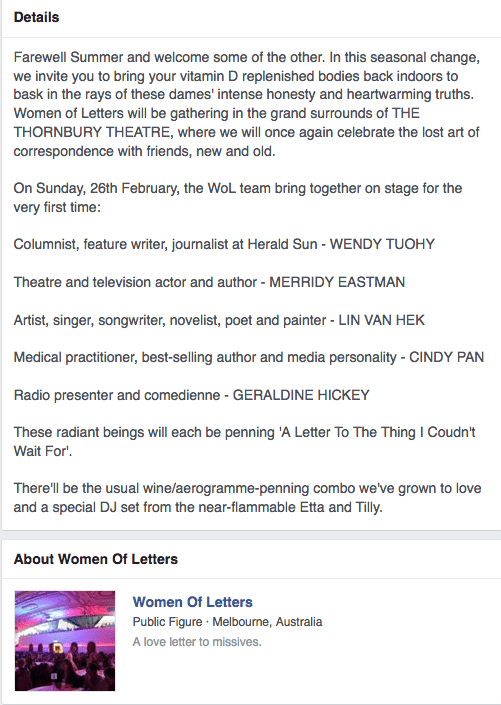 To answer various kind readers’ questions about the possibility of another book – finally – I’m back in the attic, and this is why:

I am an urban goddess.

When the Wentworth Courier rang to ask if I’d like to write a column (one that for years has been called Urban Goddess) – I said You betcha! And so it’s out this week, my first column, on dog poo. I thought I’d start at the bottom…

If you’d like a peek, go to  Columns from an Urban Goddess.

Here’s what Pan Macmillan has to say about ‘Just Between Us’, coming out in June, 2013:

Empathetic, supportive and respectful…
Or competitive, manipulative and downright bitchy?
Or somewhere in between? 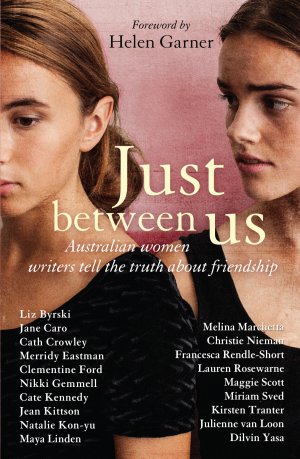 In Just Between Us Nikki Gemmell looks at the hardwiring that keeps us bonded in tightly knit packs, but makes us feel oh-so-claustrophic in mothers groups and at the school gate. Melina Marchetta reveals the peculiar shame of being overlooked for the high-status netball positions of Centre and Goal Attack. Liz Byrski conducts a forensic examination of her own friendship history, and finds some uncomfortable patterns. And Merridy Eastman pens a letter from Helena to Hermia from A Midsummer Night’s Dream, which shines the light on one of literature’s most famously dysfunctional female friendships.

Maya Linden, Christie Nieman, Maggie Scott, Natalie Kon-Yu and Miriam Sved are Melbourne writers and academics. When they met in a writers group in Melbourne, they discovered they shared a dark secret: all had been dumped by a female friend at some point, and they all still carried the pain. Once they realised there was no book that examined these issues from a contemporary perspective, they decided to make their own.

What I say about it:

When I was about eight years old I got to play one of the fairies (Cobweb or Mustardseed, I can never remember) in a magical production of A Midsummer Night’s Dream. About twenty years later I was cast as Helena in the Shakespeare in the Park productions both in Sydney and Melbourne. Over four summers I became extremely familiar with this play (and with pyrotechnics, enormous spiders and territorial possums) and to this day can recite great chunks of it in my sleep! So when Pan Macmillan asked if I’d like to contribute a story, fiction or non fiction, to their book about fraught female friendships, I immediately wanted to write about young women wrestling with big stuff like loyalty, sexuality, rivalry, morality… And while driving past Kambala they came to me, like two teenage girls sitting up the back of a bus, Helena and Hermia from A Midsummer Night’s Dream, one day holding hands, the next barely speaking to each other after a bizarre night spent with their boyfriends in an Athenian forest.

I can’t wait to get my hands on this book and read all the other stories too, written by some of my favourite writers!

On February 28th I’m thrilled to be guest speaker for Dymocks Literary Luncheon at the elegant Four Seasons Hotel in Sydney. So grab a friend or friends and come enjoy a delicious meal while I tell you how it all began… from Playschool presenter to brothel receptionist, being flown to London for a book launch only to be introduced on live telly as a sex worker (how to lose two kilos without moving) to being romanced by a tall chap in Lederhosen and ending up (at forty-two) relocating to Bavaria, three months pregnant without knowing a word of German!

Hope to see some of you there.

Have been asked by a publisher to contribute to an anthology about friendship. Am so scared of upsetting people I know – (family!)  have decided to make up something instead.

Will put details of book on site later, if my contribution makes it to the final cut that is… Back to the typewriter… Cheerio! 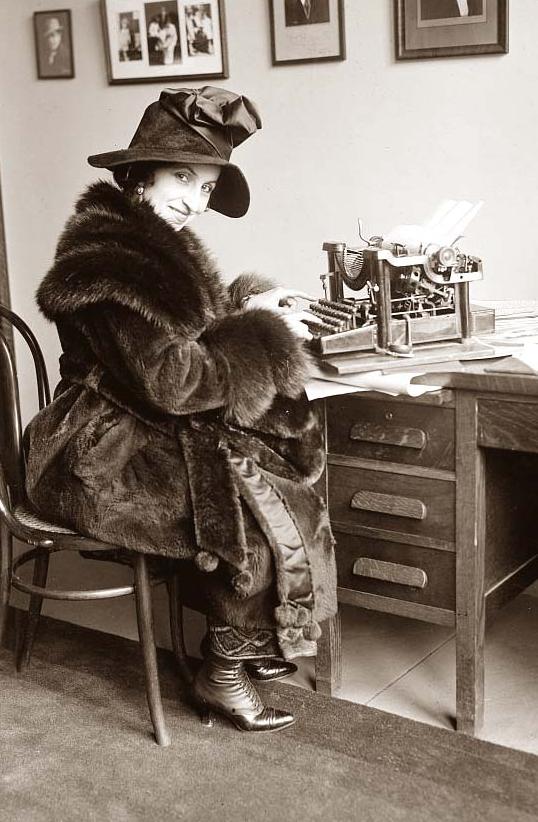 When the Royal Hobart Hospital Research Foundation rang to ask if I’d like to be guest speaker at their June 6th luncheon, I said yes, even before they promised to feed me. Not only would it be a pleasure to do something for this wonderful organisation that funds critically important medical research, but this way I get to see the Ancient Ruins (my parents) too. In fact, the Ruins will be there so I might put them to work and even get them to sign a few books… Can’t wait to catch up with the usual suspects, roam around Battery Point, Salamanca Place and the city, check out MONA with my friend Nic, and breathe some fresh Tassie air.

Here’s the flyer if you’re interested. Hope to see some of you there. x

From one Christopher to another…

Posted on 06/02/2012 by Merridy
‎I’m currently reading Christopher Robin to our seven year old in his bed every night, before curling up with Christopher Hitchens in my own. So when my friend Chris posted this much loved illustration on Facebook the other day… I got to thinking…

“So, Piglet, beware the irrational, however seductive. Shun the ‘transcendent’ and all who invite you to subordinate or annihilate yourself. Distrust compassion; prefer dignity for yourself and others. Don’t be afraid to be thought arrogant or selfish. Picture all experts as if they were mammals. Never be a spectator of unfairness or stupidity. Seek out argument and disputation for their own sake; the grave will supply plenty of time for silence. Suspect your own motives, and all excuses. Do not live for others any more than you would expect others to live for you.”
“Wow, Pooh, was that you?”
“No Piglet. Christopher Hitchens. But it’s good, isn’t it?”
Posted in Uncategorized | 2 Comments